No sound shared while sharing screen

I’ve been trying now for serveral days in douzend combinations and sdk releases, without success.

When I share a custom window using StartAppShare(HWNDDotNet), I can see it but no sound is beeing played. I can hear it from my speakers but other participants don’t.

I thought, maybe the sound is blocked. So I unblocked the window, which had no effect.
var error = _meetingShareController.BlockWindowFromScreenshare(false, dotnetHwnd, false);

I even exposed the function EnableShareComputerSoundWhenSharing via c# wrapper. But don’t know what this function is meant for. Will it solve my problem? Apparently not.

OccasionallyI can hear sound, but only cracking and pulsing noise, no clear sound.

What I discovered is that the screen share dialog in the sdk is quite different from the one at the full client. My app is not beeing shown on the dialog, have a look: 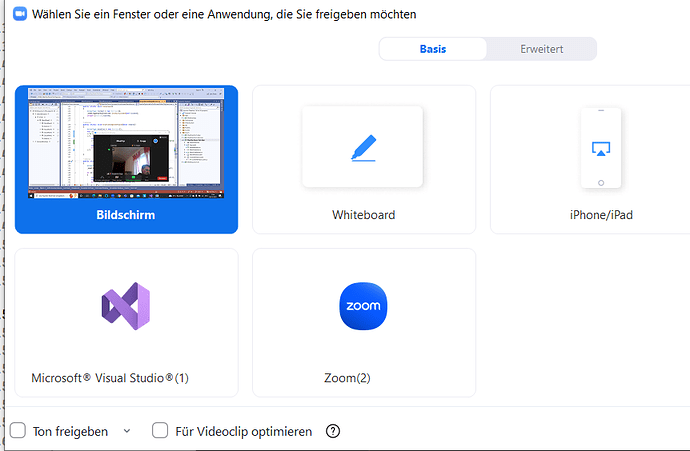 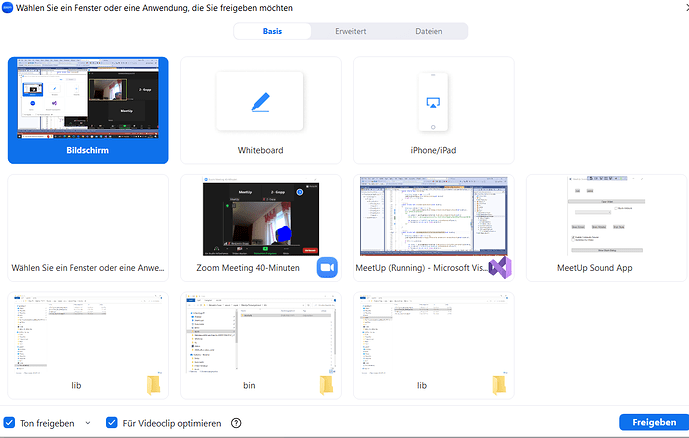 Maybe the sdk behaves correctry, but why am I able to share a window handle, even I cannot chosse it manually?

So here is what I found out so far:
EnableShareComputerSound works, BUT after the second time joining a meeting!

Now you can here sound from the shared window handle.

So is setting state not directly applied, but only stored and then applied at the next session?

Same issue happening with SetSharingToolbarVisibility(false). Which as been reported on this forum.